Relocating with the Children 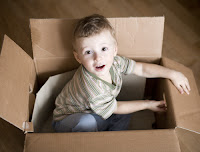 As an adult you may move wherever you like.  Can you take the children with you?  The answer to that depends upon several factors.  If a divorce or Petition to Establish Parental Relationship has been filed, the Summons contains automatic restraining orders which prevent you from removing the children from the state pending further court order (which is usually a temporary custody order or a Judgment).  If those documents state that you may not change the children's residence from a specific county, then you are not free to relocate with the children absent the Court's approval.

In order to obtain the Court's approval, you will need to file a motion with the Court asking to relocate.  The Court will take into account many factors before making that decision (your relationship with the children's other parent; the children's relationship with the other parent; the amount of contact between the children and both parents, just to name a few).  Frequently, the Court will seek an outside expert to assist them by gathering information from the parents and children and making an assessment of what is best for the children.  This process is called a child custody evaluation or in Fresno County, a Psychological Evaluation; which is usually followed by an Assessment with Family Court Services.  This is not an easy, cheap or quick process.

Obviously, the most expedient way to achieve your goal of relocation is to simply ask the other parent if they will agree and then work out the details of how you will share custody of the children now that you are potentially hundreds of miles apart.  I do suggest you try and put aside your own feelings and think about your children, who are now going to be deprived of frequent contact with their other parent (or even you, when they are visiting the other parent) and are going to be forced to travel long distances.  Also don't assume the high earner will pay for all of the travel, or just because a person moves, they will be expected to foot the children's travel bill.  Frequently, those expenses are equally shared and exchanging children, cross-continent, several times a year (especially if an adult must accompany them) is very very expensive.

For more information regarding California Family Law contact Stone Law Group at (559) 226-1910.
Posted by Karen Stone at 4:17 PM No comments:

What is the Quickest Way to Divorce?

The quickest and least expensive way to bring your marriage to a conclusion is by agreement.  If the parties are able to agree on all issues (such as custody, visitation, property division, child support, and spousal support), then it is a relatively simple matter of memorializing that agreement in the proper legal format, having the parties sign the documents and filing the "Judgment" with the Court.  However, a judgment can be done relatively quick.  However, this does not make you a divorced person.  In order for the Court to terminate your status as a married person, six month and one day have to elapse following the service of the initial divorce documents (Summons and Petition for Dissolution of Marriage), have been served upon the other person.  Thus, you could have a Judgment for 'Divorce,' but not be a 'divorced' person yet.

Similarly, there are times that people will separate out the issue of their marital status from the other issues mentioned above and become 'divorced' before the property and/or custody have been decided.

For more information regarding California Family Law contact Stone Law Group at (559) 226-1910.
Posted by Karen Stone at 5:03 PM No comments:

With the passing of Elizabeth Taylor, a friend asked me if I wanted to do a tribute blog about multiple marriages.  Well my first thought was that someone watches too much television, because Ms. Taylor did not partake in multiple marriages (see Sister Wives); but enjoyed serial marriage.

I just figure someone like Ms. Taylor is what I call the "marrying kind."  It is easy enough in this day and age to simply have relationships without the benefit of 'a piece of paper' as they say.  But, then there are those who believe 'this is it!'  Romantic?  Idealistic?  In love with love? I like to think so.

Yet, in order to partake in serial marriage, you would have to deal with the flip side of that...serial divorce.  Marriages end through a variety of ways (death, affairs, substance abuse, violence, or just a bad idea to begin with). I choose to believe, for the most part, when two people decide to unite in marriage, their hearts are in the right place, maybe not their minds, but their hearts.  Certainly, there is that initial 'in love/lust' stage when most of us have made some hasty or less than wise choices.  The true test becomes how we deal with the choices we've made.  I make my living helping people walk through the aftermath of a failed relationship.  Someone once asked me what I liked best about my job and while I believe that litigation is sometimes necessary and unavoidable, my career provides some satisfaction when we are able to help people reach agreements that best suit them and their children.

I have many clients who state "I'll never marry again!"  First, I don't believe it; and, second, if it's true, how sad for them.  I am a firm believer in marriage.  I love marriage and I love being married.  And, I am also one who has erred in the past.  My only (armchair psychologist) advice is not to ignore those red flags.  The 'I can fix him/her' mentality is dangerous, stupid and unfair.  Someone once said to me, "If the relationship never gets any better than this, is that okay?"

Let's just say, I hope you get it right the first time.  There's nothing more satisfying than a long healthy happy marriage. Can I fault someone who was seeking that same thing?  No way.

When parents in the midst of a divorce participate in Internet social communities such as Facebook, MySpace and Twitter, they need to be mindful of their audience.  I believe we can all be guilty of exaggerating the truth or embellishing a funny story and depending on who's reading your material the impact can differ greatly.

What is a funny story about a night out with the girls, might not be so comical to the father of your children.  Would a judge find your story as amusing? How about a mediator in charge of making a recommendation about who will have custody of your children? I do read about parents doing things with their children here and there.  I have also seen (especially when they're newly single) folks attempting to paint themselves as cool, wild party animals.  And, I've had more than one half nude photograph printed from these types of sources brought into my office in an attempt to prove what loose morals the other side has. Don't presume your "friends" don't have "friends" who's "friends" are your children's other parent.  If you post it, it is usually pretty easy to access.

Your emails, your texts, and even your voice mails can all be reproduced and presented in Court.  All that said, DO NO POST, SAY OR WRITE ANYTHING you wouldn't want a Court, mediator or custody evaluator to see.

For more information regarding California Family Law contact Stone Law Group at (559) 226-1910.
Posted by Karen Stone at 10:24 PM No comments:

When Can a Child Decide Where They Want to Live?

There are no hard and fast rules about the age in which a child can decide which parent they want to live with. However, there are a few general rules of thumb: First, the older a child is, the more weight their wishes will be given. Second, a child must be able to intelligently state the reasons why they want to live with one parent or another. This requires a level of maturity that some fourteen-year-olds don't possess and some nine-year-olds do. Lastly, should the Court feel a child has been coached by one parent or another, there are often severe repercussions. The Court does not want a child placed in the middle of a custody battle between the parents and neither should you.

For more information regarding California Family Law contact Stone Law Group at (559) 226-1910.
Posted by Karen Stone at 3:29 PM No comments:

Promote Your Page Too